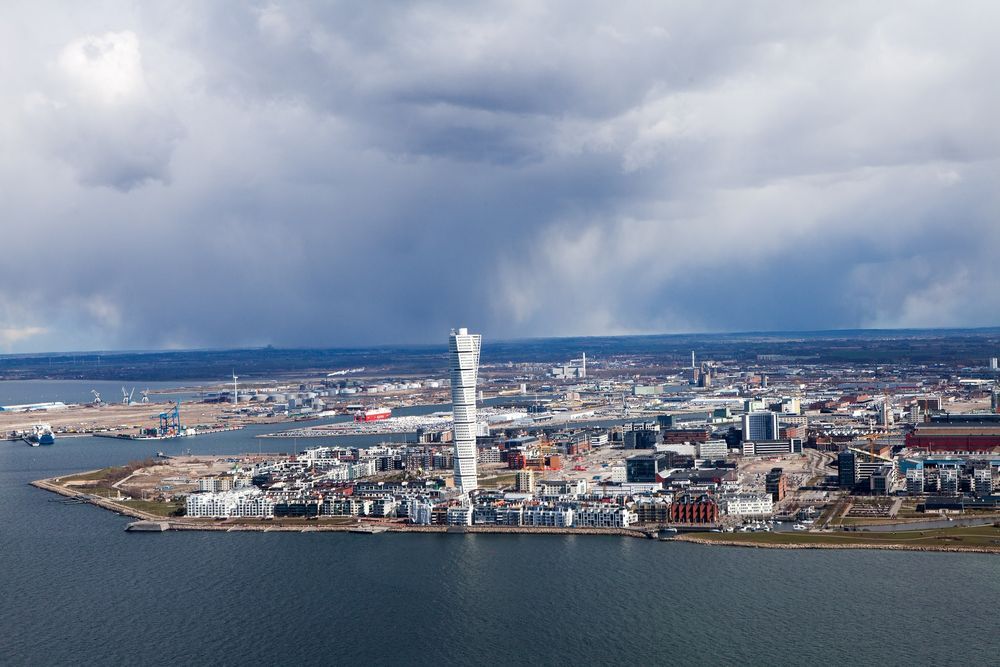 Swedish province of Skåne is located on the southern tip of the Scandinavian peninsula. Its population is around 1.2 million. Name Skåne apparently originates from the Old-German “skadin-awijo” which means a "dangerous island" or "dangerous coast", i.е. that was the name for the coastal waters of the Øresund northwards.

The tribe of Danes came from Skåne in the 200s AD and settled on the islands of Zealand, Falster, Lolland etc. The name of the tribe gave the name to the whole country – Danmark – "the land of Danes". In European written sources of the eleventh century Skåne was described as the richest region in Denmark. 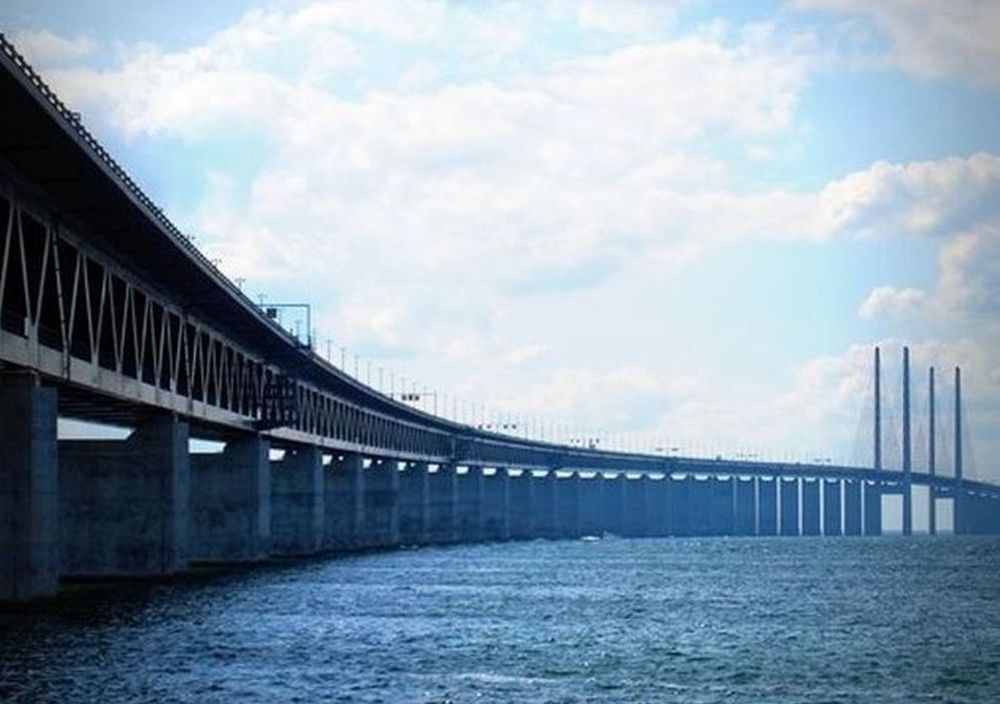 Three major cities in Skåne today are Malmo, Lund and Helsingborg. Currently Malmo is the third largest city in Sweden with the population of about 300,000 people, as well as one of the largest Swedish cities in terms of the number of restaurants per capita. This is a very hospitable and pretty city, being one of the most rapidly developing cities in Sweden. Here, generally speaking, one can find everything: waterpark, exhibition, ancient architecture with the buildings of the 14–16 centuries, peasant markets with fresh foods, the 2nd largest skyscraper in Europe, a medieval castle, festivals and many other things. 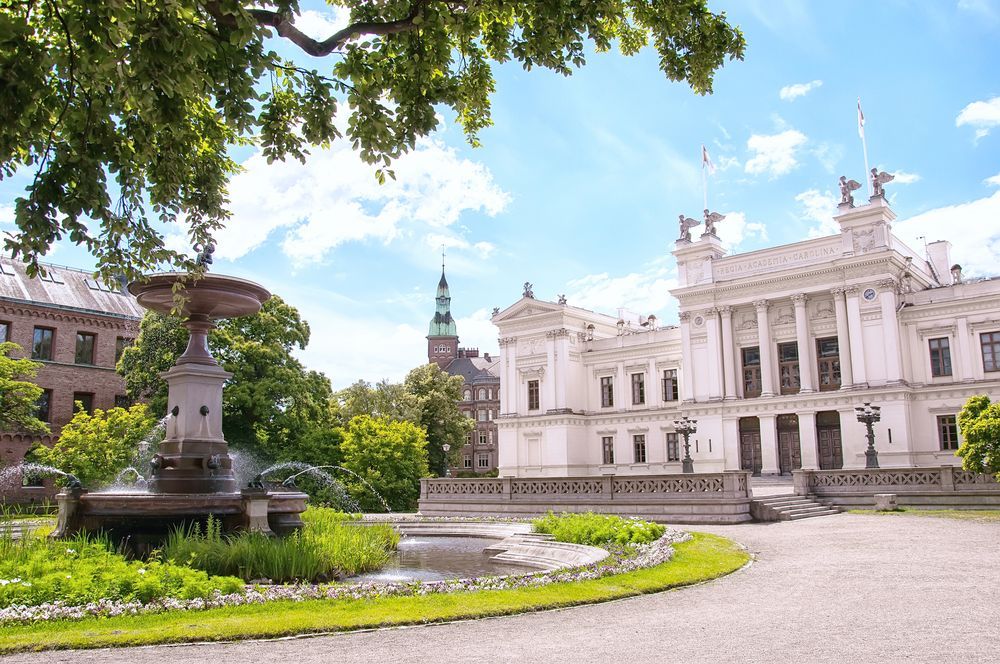 Lund is the most ancient after Sigtuna city in Sweden, and also the most ancient city related to the history of Denmark. Lund used to be one of the most important cities in the Danish kingdom, a royal residence as well as the residence of the Danish bishops. From the beginning of the 11 century and till the reformation of 1536, the central cathedral of Denmark was in Lund. Based on the Lund cathedral the first Academy was founded.

It was the place where the best education of the time could be obtained. That was also the heart of the future Lund University, currently training 45,000 students, while the city population is 80,000. Today the University of Lund offers 50 different specializations and has branches in Helsingborg and Malmö and is in the Top-100 universities of the world.

According to the legend the first wooden fortress of the Vikings was in Swedish Helsingborg, founded in the 11th century. Today’s Helsingborg may boast for the fact that over 160 nationalities live here together, which makes this city the role model of tolerance.

Skåne is a kind of French Riviera for the Swedes. Over the time of existence of the Danish and Swedish nations, summing up all the wartime, we will get around 70 years of military operations for the province of Skåne. The first stage of these wars, called Skåne war of 1670s, brought a number of victories to the Danes, in particular, thanks to the active partisan movement. However, under the pressure of Europe Denmark had to refuse from Skåne, leaving local population, rioting against the Swedes, to their fate.

Skåne residents could not believe that the Danish king would just refuse from them, and therefore, they refused to accept the new rulers, went on strikes and kept the guerilla war going. Anyway, everything passed and just 45 years later there was the second stage of Skåne war. It was the Great Northern War, which showed that at that time the local population was not at all excited about the attempts to liberate them. Thus, the invasion to Skåne planned together with Russia in 1716 was canceled.

Since then Skåne has been the Swedish territory. The province is autonomous and it has its own flag – a yellow cross on the red background. It was an extraordinary and disobedient province. The Swedes tried to assimilate the locals into their society: they made them all speak Swedish, demolished Danish architectural monuments and built new Swedish ones. Nevertheless, the centennial policy of Swedish assimilation in Skåne has not been able to break the ties between the local population and Denmark. Skåne residents still consider Copenhagen, which is in 30 km, for their capital, instead of «polar» Stockholm, which is in 650 km.

Opening the Øresund bridge in 2000 did not merely link the two countries and two cities, Copenhagen and Malmö, the crossing became the start of the new era of relations between these two countries. The Øresund bridge is a 4-kilometer tunnel built on the bottom of the Øresund strait, which further comes out on the surface and turns into an artificial island, that is another 4 kilometers, that turns into a 8-kilometer bridge with the adjoining areas that in total have the length of about 16 km.

Common economy has long been in place between the local dwellers on both shores of the Øresund strait. Many citizens of Skåne commute to Danish cities to/from work every day. There are a number of the Danes who purchase houses or summer residences in the south of Sweden. The locals of both shores visit each other, go shopping, to concerts, museums and events together. They establish joint theatrical and musical bands, joint ventures and organizations for solving the issues and objectives, related to life and development of the region.

If you would like to learn more about Malmö, we offer you to go to this pretty and friendly city on a day trip. Read more about the tour "Swedish pearl - Malmo!" here.

For those who like unusual architecture and want to learn and see more of the province of Skåne we offer to combine a tour to Malmö with a visit to Lund cathedral. Read more about the tour "Modern Malmö and student Lund" here.

People who are fond of visiting castles, ancient towers, ferry crossings and tragedies by Shakespeare will certainly be interested in going to the Danish Helsingør and the castle of Kronborg followed by a visit to Swedish Helsingborg, located in the narrowest place of the Øresund strait. Read more about the tour "Sweden and Denmark - 2 countries in one day" here.

People who like extremes, as well as all those who want to get maximum within the shortest period, we offer a visit to the medieval Denmark, including a tour to all three Skåne cities within one day: Malmö, Lund and Helsingborg. Read more about the "Medieval Denmark tour" here.